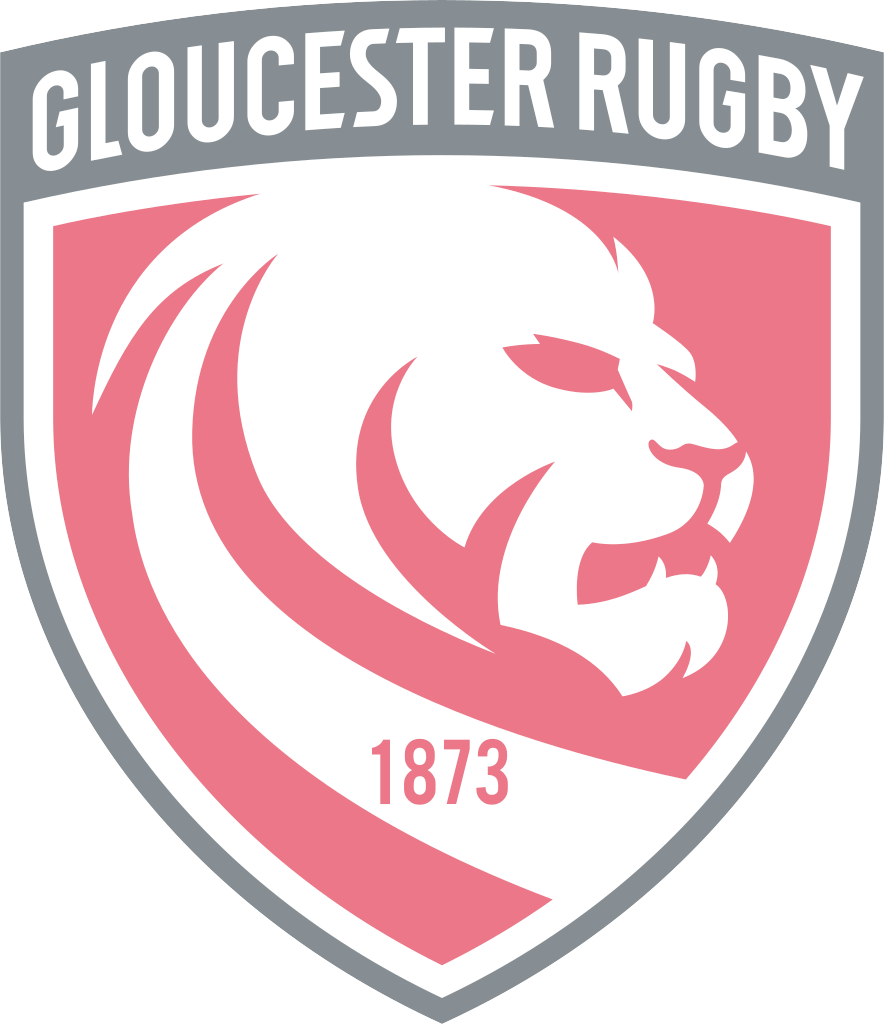 A behind-the-scenes insight into the first team analysis processes at the Premiership Rugby club.

“Long term analysis is data-led, it simply has to be”

Analysis inside a club – both day-to-day and longer term – is rarely discussed. There is a challenge for analysis departments in committing to the club’s short-term goals and positively impacting performance, as well as proactively considering the broader picture, and what might influence longer-term performance.

OptaPro spoke with Darren Lewis, head of performance analysis at Gloucester Rugby, sharing an in-depth discussion on the club’s processes, application of data and influencing behaviour in elite sport.

Across the analysis industry in rugby union, video has always been a key driver in informing decision-making, particularly within the match analysis cycle.

There are of course numerous reasons for this, not least because of how players and coaches respond to this style of information. However, these game-specific principles are underpinned by a wider, longer-term, data-driven analysis.

Through identifying and tracking the answers to key questions, the performance analysis team at Gloucester Rugby are able to establish key principles that inform their tactical approach.

For example, at the base level of this work is understanding the average number of points needed for a win in the Premiership (it has jumped from 25 to 32 in recent years) provides a top-level insight into how the game is changing. All teams can score, and attacks are getting better.

Unsurprisingly, this analysis extends beyond points-per-game. The analysis that Darren leads extends to exploring team behaviour in their own half, attacking tendencies, set piece performance, and even how weather can influence style of play (there was one rain-hit week when 17 points was enough on average to secure a Premiership win).

“Long term analysis is data-led, it simply has to be,” said Darren. “We’ll constantly be assessing overarching areas of the game such as scoring patterns and set pieces, but we’ll also look further into the detail, such as how teams are finishing halves, and their kick-to-ruck-ratio, for example.”

Innovation is a common buzzword in any industry, particularly in elite sport as teams try to gain that edge over direct competitors. Without using the now almost obsolete word, Darren spoke about how the club look beyond rugby for new ideas and concepts they can apply within their own world.

“Yes, this is something try to do regularly,” Darren discussed. “Tom Reynolds (first team analyst) explored work from the NFL around evasion techniques, ice hockey can provide insight on hand-eye coordination, and recently someone from Gaelic football delivered a session at the club.

“Alongside the sport-specific techniques, I’m interested other processes and methodologies. The fact that they’re from different sports means people are a bit more open, which helps.

“What I’m particularly interested in is how coaches are delivering messages, presenting information, and different techniques on engaging players. Sport is essentially a learning environment – there are things to learn every week. The teams that do well are the teams that learn the quickest.”

All of the above, and work beyond that, is designed to create smarter players. Decision-making had been identified as an area to explore progress, with the club focused not only ensuring that athletes were stronger and fitter, but crucially able to think clearly under high pressure situations and remember the detail.

There of course has to be buy-in into these strategies, and this work simply cannot be successful when done in isolation.

Discussing the way in which different departments work together, Darren speaks of the partnership with the strength and conditioning team. The integration between physical and tactical data is still in its relative infancy across many sports, and that includes rugby, although the sport has perhaps made some of the strongest progress in the application in real-time situations.

Part of the game model at Gloucester revolves around two-minute intervals. Providing that additional context means physical data analysis can take place within these two-minute structures. What is happening on the field in these sections that perhaps informs the physical results? A ruck-heavy phase of play, for example, would lead to different results for certain players, and this context has to be considered, which can then be applied in training situations.

Throughout the discussion, Darren consistently reinforced the importance of context, and ensuring that anything he presents brings solutions as well as acknowledging the wider situation and relevant factors.

There is an understandable focus in professional sport on the next game. There simply has to be. The match analysis process is a thorough one that covers opposition scouting, live analysis and post-game review.

From his time at his first club (Bath Rugby, in 2010), Darren mentioned that whenever he updated his data collection templates, he kept a copies of the changes, and found that over five years before moving to a different system with interactive dashboards, over 200 incremental updates were made to the reports, as they were constantly tweaked to integrate performance data, new metrics, and provide simple but easily repeatable data collection methods that can be conducted in game.

"Senior players are involved in the development of plans, particularly when it comes to set pieces."

Pre-match work will begin well over a week before the match in question (the analysts will always be one cycle ahead of the match week). Applying data alongside watching the past four or so opposition matches, Darren and the team will present an initial game-plan, encompassing the opposition’s strengths, weaknesses and playing style, back to the coaching team of Johan Ackermann (head coach), Tim Taylor (backs coach), Johnny Bell (defence coach) and David Humphreys (director of rugby).

“Johan will want to know the outline of the plan, and the rationale behind it, rather than the detail. He’ll challenge areas and we’ll come up with a final game plan as a coaching group.”

While video can be a focus of analysis, Darren provides a strong example of where it works in tandem with data.

“Watching one team ahead of a European match, I suspected the ball-in-play time was less than in the Premiership. I was able to go back and analyse the data, and there was a 12-minute difference, which is huge. We had a hunch that the French matches weren’t as high-paced, and this reinforced that.

“From there, we were able to develop a game plan around this, focusing on the intensity of our players, and keeping the ball alive for as long as possible.”

With a game plan agreed, Darren will be involved in presenting this to the game leader group, which is rare in some sports, particularly rugby.

“Senior players are also involved in the development of these plans, particularly when it comes to set pieces. Together with Tom Reynolds (first team analyst), they’ll review a plan, assess opposition, and then present that back to the wider team.”

First team analyst Tom Reynolds will be adding to live Opta data by coding additional elements bespoke to the Gloucester game plan, while Darren will have all of the information on an interactive dashboard, feeding into head coach Ackermann.

“Johann won’t have time to look down at a screen during the game, so it’s on me to provide the information he needs, with context as well. Me saying “he kicked the ball 10 times” is useless. I need to provide more, such as “On the past 10 opposition half entries, we’ve kicked away possession seven times, with nothing to show on those occasions. Let’s look to something different”.

“Having once overheard a coach (not at Gloucester) shout, “he needs to kick that ball further”, that stuck with me along with the need to provide information with context that team can adapt their behaviour to.”

Real-time analysis also allows Darren to prepare key video clips that can be used to support messages at half-time along with a wireless stream of the video down to the coaches on the touchline.

“We’ve set up all the coaching staff with their own dashboards, each displaying the relevant video and stats. It meant that we could move away from paper reports, and coaches and staff can interact with the information (data and video) in the way that’s best for them.”

An area that is often discussed, but is rarely implemented, is around the review of pre-match analysis. Did the opponent do what we had prepared for? Was the plan to combat this the right one? Evaluating work here is crucial, and forms a key part of the post-match process at Gloucester Rugby.

“We have to, this forms the entirety of our post-match analysis. We’ll sit down with the coaches and discuss whether our approach was right, whether we identified the correct strengths and weaknesses.

“I’ll also have to go through the game again, and make sure I’ve had my eyes on all key events. As an analyst, I’d lose all credibility if I try to feedback on a player’s tackling technique without having that intricate detail to hand having studied the game tape for example.”

Unsurprisingly, players’ involvement and engagement with data and video in the post-match process varies, some players will review the game in its entirety, others will use an individual player dashboard linking their personal match data to video which gives them different perspectives of their performance.

It is that level of involvement – both from players and coaching staff – that can often help and inform Darren’s own analysis, whether that contributes to a specific game plan, or evolves the ongoing longer-term data-driven work that sets the foundations for analysis at Gloucester Rugby.